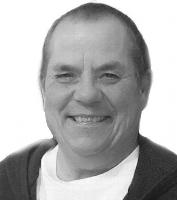 Her Funeral Service will be held on Tuesday, August 25th, 2020 at 11:00 at the Lutheran Brethren Fellowship Church in Williston, ND.

We welcome all friends and family for visitation on Friday August 21st from 1:00 PM – 6:00 PM at the Everson Coughlin Funeral Home Chapel.

Her Private Family Visitation will be held on Friday, August 21st from 9:00 AM – 1:00 PM with a Family Service being held at 6:00 PM at the Everson Coughlin Funeral Home Chapel in Williston.

Beatrice Fay Falcon was born August 31, 1950 to Gilbert (Shorty) and Ella (Gohl) Turcotte in Rolla, ND. Beatrice and her twin sister, Sandra, were children #3 and #4 out of 10 children. When Beatrice was 2 years old, the family moved to Williston, ND. She was educated at St. Joseph’s Elementary School and Williston High School.

On April 14, 1973, Beatrice was united in marriage to August “Babe” Falcon, making Trenton their home. To this union, Travis, Tracy and Terry were born. This marriage later dissolved after 14 years.

Beatrice began her lifelong employment with Bethel Lutheran Home in Williston, ND in 1980. In later years, she transferred to the Arbor House of Bethel. She was a devoted employee of 40+ years. Her work ethic was one of her greatest assets. Over the years through her employment, Bea met many lifelong friends. Some of her most cherished memories are of those moments with her co-workers and her residents. Bea always had a story to tell about all the laughs that were had, day after day. Anyone that crossed her path, became a friend forever. Her zest for life and the ability to just have a great time was almost as huge as her contagious and infectious laugh!

Beatrice enjoyed an array of different interests throughout the years. She loved to go to demolition derbies. Over the years she loved to cheer on her sons and son-in-law, which then trickled down to her grandsons. She was the loudest one in the stands screaming “get ‘em...hit ‘em!” She loved Tony Stewart and watching Nascar. She loved him so much she got his number tattooed on her ankle. George Jones and Alan Jackson were her favorite singers, she always had their music playing. She enjoyed WWE and thought Roman Reigns was the best and cutest wrestler of all. She would even miss some of her grandchildrens’ activities if they fell on a wrestling night.

Bea is also survived by her special friend, Butch Rogers. Their love endured the miles and they meant the world to each other. Her furbaby, Tootsie, has been her faithful companion for years...she was Bea’s baby girl and has now claimed Bea’s recliner at home.

In Lieu of Flowers, The Family of Beatrice requests that all Memorials be made in her memory to the Arbor House in Williston, ND.

Friends may visit www.eversoncoughlin.com to share remembrances of Beatrice or leave condolences for her family.

The Everson Coughlin Funeral Home of Williston is caring for the family.