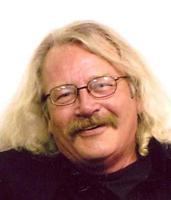 Rollie was born July 12, 1952, in Minot, the fifth child of George and Doris (Jacobson) Martinson.

He graduated from Williston High School in Williston in 1970.

In 1974, he married Nancy Johnson and they had two sons, Rudie and Tony.

Rollie was a man of many talents, which were reflected in the work he did throughout his life.

He was proud of the work he did in the oil fields of the western part of the U.S., his work in the charitable gaming industry in North Dakota, and most recently his work as Weed Control Coordinator for Powder River County, Mont.

He spent the last five years in Broadus with Vicki LaRue, the woman for whom he “forsook all others.”

He became known in the Broadus community, as he was known throughout his life, for his big smile and hearty laugh. He was always willing to lend a hand and never met a stranger who remained one for long.

He enjoyed hunting, fishing, telling stories, spending time at the Montana bar, and most of all spending time with Vicki. He took great pride in his children’s accomplishments and was proud to attend his son Rudie’s wedding and his son Tony’s college graduation this spring.

He is survived by his son, Rudie; his wife, Juli; his son, Tony; his siblings, Jim (Joyce) Martinson, Jerry (Vicki) Martinson, Harold (Carrie) Martinson, Wendy (Harlan) Johnson; and his aunts Melba Jacobson and Avis Frantzick. He is also survived by a host of friends and family who will dearly miss him.

Should friends desire, memorials may be made to the charity of one’s choice.