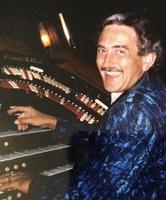 Tyler W. Engberg, 64, of Fargo, North Dakota died on July 13th, 2017, surrounded by his family. He was born on September 6, 1952 in Grafton, N.D. to Chet and Kay Engberg. He graduated from Williston High School and earned an Associates Degree from NDSU.

As a music aficionado, Tyler was in the piano business selling pianos during college. He excelled in sales working for Cummins Diesel Sales Inc., Eutectic, and for over thirty years with Northern Dewatering.

From childhood Tyler had a passion for aviation. He began flying at the age of fourteen and eventually purchased his own airplane. His last hurrah in the skies was over Easter weekend when Tyler was able to take all seven of his grandchildren flying, thanks to the Springer family. Tyler was an accomplished pianist and organist. He was a long time member of the Red River Chapter of the American Theatre Organ Society. He spent most of his weekends volunteering as an organist at The Fargo Theatre. Tyler was a member of a variety of professional organizations related to his interests and profession. One of his many hobbies included restoring a 1927 Model T. and fine tuning a 1928 Chevy.

Tyler will be remembered for his unwavering ethics, strong set of personal values, and always willing to lend a hand and help out his fellow neighbor. His words of wisdom and musical talents will resonate in our hearts for generations to come.

Services will he held at the First Presbyterian Church of Fargo on July 20th, 2017 at 7pm with a reception to follow.